There’s A Dent in The Recruiting Process. And It’s Time To Pay Attention. 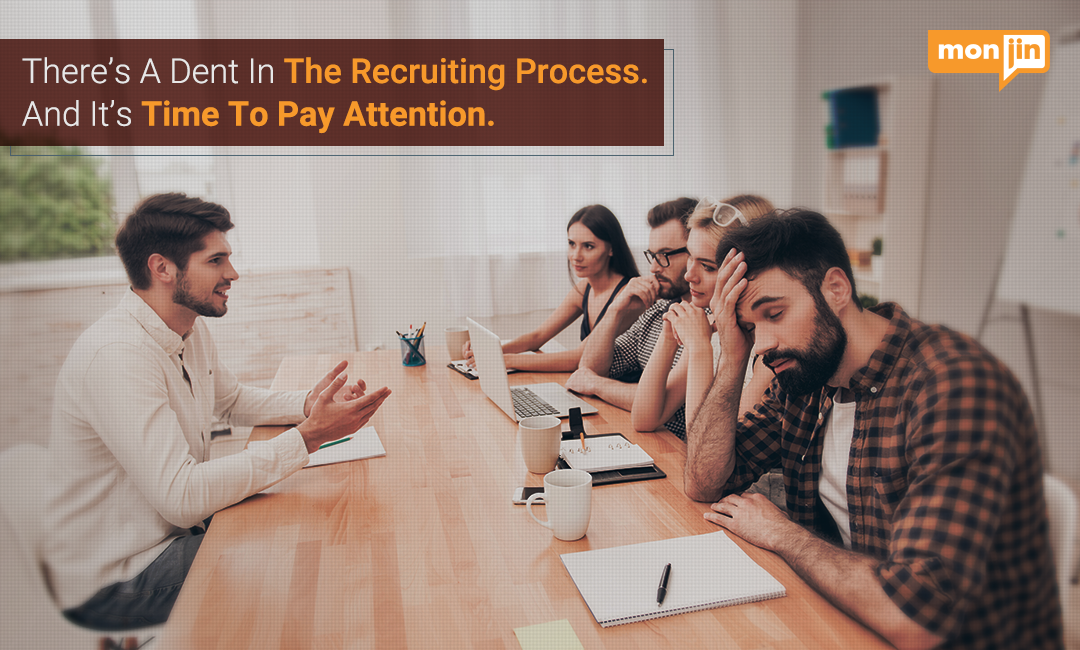 The American economy continues to battle a long-standing challenge. And it’s not one you’d quickly guess. In an article published by Bloomberg, the National Federation of Independent Business reported that in the first quarter of 2017, 45% of small businesses were unable to find enough qualified employees.

The US has been battling with the conventional and ineffective recruiting process for quite a while now. However, the irony remains that even though more applicants now possess the requisite college degree(s), only a few of them are found to be competent enough.  According to another White Paper by iCIMS, a talent acquisition platform, the Labour Department has reported about 7 million Americans to be unemployed despite 5.8 million job vacancies. This inevitably demands a closer study of the American workforce and an explanation. Here are a few reasons that are responsible for the employment gap.

Many may consider more job vacancies to be a sign of a prosperous economy. But what happens when those vacancies can’t be filled despite having a large number of unemployed individuals? This accounts for a serious problem to the US economy. In fact, the cost of unfilled jobs is estimated at a staggering $160 billion annually. It also emphasizes the need for organizations to improve their hiring process and find capable employees more quickly.

Imagine this. It costs an organization an average of $3,497 to hire a new employee. Now that’s no small number. But often, searching for the right candidate ensures a number of steps that the conventional hiring process can’t do without. The solution? High cost-per-hires is a sign that recruiters need to study the job market and adopt more efficient, technology-based solutions to combat the situation.

A survey conducted by KPMG revealed that more than one-third of the applicants were upset about the long recruitment process. 34% claimed that organizations took a long time to get back to them after an interview while another 43% expressed their dissatisfaction over poor communication from the employers’ side. According to a report by the Society for Human Resource Management, it takes 42 days to fill in a vacant position!

What’s the way out?

A majority of organizations are now looking at reducing the time and costs involved in the hiring process. One way to go about this is by having specific systems in place – one that can identify candidates with the required skill-sets, followed by a strategic assessing process. That being said, plenty of companies have adopted video-interviews. According to research by Talent Board, 67% of the respondents were already making use of video-interview tools. It was also ranked as one of the top 5 technological investments made by the hiring department. As a whole generation of Millennials become accustomed to virtual communication, video-interviewing networks are now commonplace.

What about you? Are you having trouble finding the right employee? If so, what measures are you taking to boost your recruitment process? We’d love to hear your thoughts in the comments below.

We use cookies to ensure that we give you the best experience on our website. If you continue to use this site we will assume that you are happy with it.OkPrivacy policy